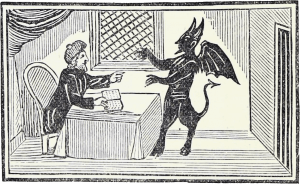 The Devil will be in the detail

The recent proposals by the European Commission, available on the URL: https://eur-lex.europa.eu/legal-content/EN/TXT/HTML/?uri=COM:2018:368:FIN&from=EN together with the background documentation that includes quite a useful Q&A, for details see: https://ec.europa.eu/fisheries/questions-and-answers-%E2%80%93-revision-eu-fisheries-control-system_en pull no punches in describing the EU’s aims for a much “improved” system for the control, monitoring and enforcement of the EU fishing fleet.

The Q&A section illustrates the determination of the Commission to update and reinforce the Control Regulation. Their reasoning, stated in the Q&A section is that “the current Fishery Control System reflects control strategies, methodologies and challenges of more than 10 years ago, and it is not equipped to effectively address current and future needs in terms of fisheries data and fleet control, to match the constant evolution of fishing practices and techniques. It also does not provide the necessary flexibility to take advantage of modern and more cost-effective control technologies and data exchange systems.

Last but not least, the current system does not effectively promote a culture of compliance and significant loopholes have emerged in the implementation of current enforcement rules, which warrant their revision………. An enforcement system with dissuasive, proportionate and effective sanctions is paramount to ensure that the CFP and its conservation measures are complied with”.

Strong stuff! So what will it mean to UK fishermen in general and the small scale fleet in particular?

It means that things are going to change, and change drastically.

In comes electronic reporting for ALL vessels, irrespective of size, vessel tracking will be mandatory, as will the need to report catches BEFORE landing.

Again, from the Proposal: “For the smaller vessels it is nowadays possible to use mobile and other type of tracking devices, which are affordable and easy to use. Also, all catches should be accounted for and reported electronically, irrespective of the vessel’s size and of the amount of fish caught.

Paper-based reporting will therefore be phased out and current derogations removed.

The proposal remains however, technologically neutral, insofar as it avoids prescribing the use of any specific technology. Specific applications will need to be tailored to the different needs and actors keeping in mind that interoperability is necessary.

All provisions will be in one single act: the Control Regulation. The enforcement system will allow fishermen to be treated equally across the EU, irrespective of the Member State where they operate or land”.

So we are all going to be treated equally across the EU although there is clearly going to be wriggle room for each member state to tailor their own systems. Good luck with that!

In a similar vein, the current derogation for not reporting catches of under 50kg will go [the EU reckons that this permits the landing of up to 350,000 tons of fish across the EU that go unreported!]. It does appear however that the current allowance for the sale of fish direct to private buyers will remain: [“Traceability rules do not apply in the case of small quantities of fishery products sold directly from fishing vessels to the consumers”]

New rules for the reporting of lost gear are proposed: “Reporting of the loss of fishing gears will be done through the so-called fishing logbook, which will be submitted electronically to the competent authorities. Since the loss of fishing gear can concern any category of fishing vessels, irrespective of its size, the reporting via the logbook will have to be done by all categories of vessels. All vessels will also have to carry on board the equipment necessary for the retrieval of lost gear”.

This element appears to introduce a requirement by the back door for the registration of how much gear a fisherman carries and sets, as well as how much is lost and recovered or otherwise, irrespective of whether it’s a trawl, longline, pot of net.

So just how much of a level playing field there will be remains to be seen, not just across member states but also within them, as it is clear that current ‘enforcement’ varies significantly depending on where you fish from.

And if you think the proposals are going to cause problems for and generate resistance from commercial fishermen, it is likely to be nothing like as vociferous as that that will come from the recreational sector who are going to be registered and licensed on the basis that: “There are an estimated 8 to 10 million recreational fishermen in the EU, but catches from recreational fisheries are today still largely unaccounted for because of lack of proper control measures”. Member states “……will be able to the collect reliable data on catches and practices”. And just who is going to monitor and enforce all these millions of anglers, scattered along the coastlines of Europe is also going to be a “challenge” if it is actually possible in the first place.

The list of serious infringements will be updated and doled out irrespective of the size of vessel or the amount of fish involved so on that basis, we can assume that it won’t matter if you have one fish over, or a thousand tons, the penalty will be the same?

Oh, and there will be CCTV on boats that have a specific level of discard risk.

These proposals, and they are only proposals at his stage, will generate huge concerns in relation to the clear aim of the Commission to get tough on compliance. Just how much of the technology will actually work remains to be seen. It will require a whole new system of electronic reporting structures that vitally will need to be able to talk to each other and to the central servers at local, national and EU levels and that is not something that is even available at present. The amount of data that will be flying through the ether will be enormous, especially when you consider the amount of commercial and recreational activity on any given day. Just who is going to have the time and resources to actually look at this level of information remains to be seen.

And will Brexit save UK fishers, commercial and recreational, from these new requirements? Don’t bet on it!