Technical Measures: heading in the right direction, but not far enough. 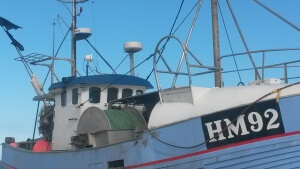 heading in the right direction, but not far enough.

There is much in the new Technical Measures Regulation proposal, published by DG Mare on March 11, that is to be welcomed (see http://eur-lex.europa.eu/legal-content/EN/TXT/HTML/?uri=CELEX:52016PC0134&from=EN).

For example, there are provisions for regional implementation through Multi-Annual Plans (MAPs); for incentives to be provided to fishing vessels that use gears that are more selective and with less impact on the marine environment (in line with Article 17); and towards a balanced representation of stakeholders on the Advisory Councils.

It is also to be welcomed that the need for technical measures to be applied to recreational fisheries is taken account of.

The rationale for a new regulation are spelt out in the Executive Summary of the impact assessment, available on the link http://eur-lex.europa.eu/legal-content/EN/TXT/HTML/?uri=CELEX:52016SC0056&from=EN.

However, overall, like previous technical measures, the proposal fails to differentiate sufficiently between small and large scale, and mobile and fixed gear operations.

In the preamble, the proposal notes that “the catching sector comprising around 82,000 vessels and employing 98,500 Full-time equivalents (FTE) is the most affected by potential changes to the technical measures regulations. Of these approximate 82,000 fishing vessels, almost 98% of them would be classified as micro-enterprises employing fewer than 10 persons and whose annual turnover and/or annual balance sheet total does not exceed €2 million. With such a high proportion of the sector being micro-enterprises exempting them from this proposal would undermine the conservation objectives of the CFP as few fishing enterprises would be governed by the general rules.”

However, not once in the proposal is reference made to the small scale fleet segment (under 12 metres and using non-towed gear) which comprises 80% of the 82,000 vessels mentioned above. That said, some exemptions can be found in the Annexes to rules applied to vessels in the Baltic Sea under 8 metres and under 12 metres, such as permissible length of passive nets, and access to closed areas.

LIFE agrees that the majority sector (80% of the fleet), which is small in scale should not be exempted. However, the measures should take more account of the specificities and different levels of impact of the two distinct – small and large – fleet segments. The proposal does not go far enough in this regard.

It must be recalled that whilst the Green Paper on the CFP reform had floated the idea of adopting a differentiated approach to managing small and large scale fishery activities, and this was endorsed by the European Parliament, such an approach was not adopted in the new CFP. However, despite this, the European Maritime and Fisheries Fund Regulation ((EU) No 508/2014) does include many provisions designed to defend and support small scale fisheries, as does the Commission Delegated Regulation ((EU) 2015/242) laying down detailed rules on the functioning of the Advisory Councils under the Common Fisheries Policy.

It is therefore vital that small scale fishers become more active at the regional level, especially through engagement with the Advisory Councils (ACs). The new CFP contains specific provisions to promote a balanced representation of stakeholders in the ACs, bolstered by this new proposal, including reserving spaces in the ACs (at Executive Committee level) for the participation of small scale fishers and their representatives.

Rightly, the focus of the new DG Mare proposal is on the taking and landing of fishery resources, on the operation of fishing gears, and the interaction of fishing activities with marine ecosystems. Its specific objectives are to provide protection for juveniles and spawning aggregations; to minimize and where possible eliminate discards; minimize the environmental impact of fishing on marine habitats; and to promote compliance with the Habitats, Wild Birds, Marine Strategy Framework and Water Framework Directives. All good stuff.

The proposal sets out measures and conditions to be applied for the use of towed and static gears, which are detailed in the Annexes according to regional sea basins and sensitive habitats.

However, in the case of towed gears (Article 9), no account is taken of the effects of engine power and gear design on selectivity (mesh size opening), or of the environmental impact of ground ropes, trawl doors, twin rigging “clumps”, or of the shoes and beams of otter and beam trawls on marine fauna and habitats. Some provisions should be included on parameters relating to the size and weight of ground gear and net design generally, including engine power. Such provisions may not be easy to apply, but a balance is needed between giving fishers the scope and responsibility for reducing their impacts, whilst ensuring that regulations are not flouted.

It must also be noted that originally the landings obligation came into being as an incentive to fishers to design and use fishing gears that would avoid aggregations of juveniles, spawning adults, prohibited species, and other species that may choke the fishery. With the ongoing uncertainties as to the final shape of the landings obligation, the Technical Measures Regulation is needed mainly as a back up to limit the negative impacts of fishing. At the same time, it is important to avoid over specifying rules on technical measures that would rob fishers of the flexibility needed to comply with the landing obligation and make a living.

LIFE Members from the Western Baltic Sea also point out that reported levels of by-catch of undersize cod from trawl fisheries is much higher than the 2% reported. In practice this can be as high as 40%.

LIFE is also concerned that previous measures restricting the use of pulse beam trawling to “no more than 5% of the beam trawler fleets of Member States” appears to have been lifted. The International Council for the Exploration of the Sea (ICES) observed that as of November 2015 “84 licences had been issued to use pulse trawl in the Netherlands for scientific research and data collection purposes. This is well in excess of the 5% limit included in the original legislation. The increases in the number of licences issued were agreed at EU level in 2010 and 2014” and “it would seem (that these increases) are over and above levels that would normally be associated with scientific research.”

Given the significant lack of scientific evidence regarding the impacts of this type of fishing on both target and non-target species and on the wider marine environment, though clear damage caused to some species of fish by electric pulses has been found, LIFE questions why DG Mare’s new proposal has removed this limitation? And, if there is no longer such a limitation, how does the Commission propose to monitor and regulate the use and the impacts of this gear? The above comments from ICES indicate that the beam trawl fleet finds this fishing method to be commercially advantageous, and the increasing numbers of vessels using this potentially destructive method has no scientific rationale, and flies in the face of the precautionary approach.

LIFE also questions whether the measures and the capacity for monitoring, control and surveillance at Member State level are sufficient to ensure that the fleet of pelagic super trawlers fishing in coastal waters off Ireland, UK, France and other Member States comply with quota regulations and regulations concerning discards and by-catch. Recent anecdotal reports indicate that little or no control can be applied to the operation of these vessels to prevent unwanted catches of prohibited species, and catches of species that are over quota and undersize. Due the methods used to catch and retain the catches on board, the crew are often not aware of what is in the catch till it is pumped ashore into processing facilities.

But the devil is in the detail, and to get to grips with the implications of this new proposal, some immersion in the 11 Annexes to the proposal is required. These set out the baseline measures that will apply in the absence of measures being put in place regionally. They include baseline mesh sizes, minimum conservation reference sizes (MCRS), closed or restricted areas to protect juveniles and spawning fish and other regionally specific measures.

Annex I lists the prohibited species that if caught as bycatch must be returned immediately to the sea; Annex II provides a list of areas closed to fishing established for the protection of sensitive habitats (referred to in Article 13), with details of the restrictions to be applied on the carrying and use of fishing gears, use of VMS, reporting, vessel registration, etc.; and Annex III provides a list of species that are prohibited for capture with driftnets.

It is therefore at the regional level that most effort will be required to ensure that small scale low impact activities are not tarred with the same broad brush as larger scale high impact activities.

Small scale needs to get its act together; it needs to get to the decision taking table, be it in the ACs, with their national authorities, or with parliamentarians at national and European level. Tomorrow is not soon enough to ensure that issues affecting small scale coastal fishery activities are not overlooked or marginalised in the implementation of the CFP.