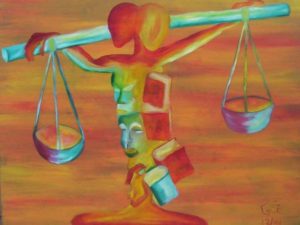 would result in a massive relief for the small-scale segment

Across Europe, small scale fisheries continue to provide the majority of fishing livelihoods (over 50% of at sea employment) and to constitute the majority of the fishing fleet (75% by vessel numbers). Yet, due to discriminatory policies that favour larger scale more industrialised forms of fishing, small-scale fishing fleets’ access to fishery resources has been squeezed. Nowhere is this more so than for Bluefin tuna. What is true for France, is true for other EU coastal states, as we highlighted back in 2017 in the documentary Blue Hope Tuna: https://www.youtube.com/watch?v=XBTLToZP-r4

Small scale fishing is naturally a seasonally diverse, polyvalent activity, using a variety of techniques to catch an array of species, providing jobs locally and supporting local communities. However, starved of quota, small scale fishers have come to rely on a handful of non-quota species, which has increased their vulnerability and the vulnerability of the stocks they depend on.  Access to Bluefin tuna would help to improve the viability of small scale fishing as well as to take pressure off the handful of stocks on which they depend.

Despite years of lobbying for a just quota allocation for small-scale fishers, little progress has been made. In 2006, a stringent recovery plan was put in place for Eastern Bluefin tuna, which saw quotas being slashed and allocated only to the larger industrial fleets. The success of the plan saw year on year quota increases since 2014 but so far all the benefits have been pocketed by those who caused the problem in the first place: the industrial purse seiners. To add insult to injury, any future allocation of tuna quota intended to benefit small scale fishers is likely to be purloined by larger scale interests. The proposal for a multiannual plan put forward in 2019 by the international tuna management body, the International Commission for the Conservation of Atlantic Tunas (ICCAT), defines small scale fishing in such a way as to allow any size of fishing vessel using any kind of gear to qualify as small-scale, so long as the vessel complies with at least 3 of 5 criteria[1] making  the definition a big loophole to define any boat, benefiting the usual large-scale fleet. On the basis of the current ICCAT definition, for example, a tuna catching vessel may be over 12 metres, and/or not using techniques that are selective and with a reduced environmental, so long as it satisfies the other 3.

Thanks to the recovery of Bluefin tuna stocks, in 2014 ICCAT proposed an annual quota increase of 20% over 3 years. In 2017, it recommended progressive quota increases up to 36 000 tonnes in 2020, and in 2018 ICCAT moved from the recovery plan to a management plan. However, only a relative pittance from these massive increases has been allocated to small-scale fishers.

The Low Impact Fishers of Europe (LIFE), a platform representing 31 associations of small-scale low impact fishers from 15 EU member states, incorporating around 10,000 fishers is calling for quota justice. This should include setting aside at least 15% of the quota for small-scale hook and line fishers.

Such an allocation would provide a necessary oxygen bubble and help to breathe life into an ailing sector starved of fishing opportunities.

[1] The 2019 ICCAT Multiannual Management Plan for Bluefin Tuna in the Eastern Atlantic and Mediterranean Sea defines “small scale coastal vessels” as catching vessels with at least three of the five following characteristics: a) length overall <12 m; b) the vessel is fishing exclusively inside the territorial waters of the flag CPC c) her fishing trips have a duration of less than 24 hours, or d) the maximum crew number is established at four persons, e) the vessel is fishing using techniques that are selective and have a reduced environmental impact.

An invaluable opportunity for a more sustainable and fair BfT fishery

From the 12th to the 19th of November 2018 in Dubrovnik (Croatia) the 21st Special Meeting of the International Commission for the Conservation of Atlantic Tunas will take place. The Meeting is the right time to draw the attention on the case of European small-scale fishers, the majority of the EU fleet, that since 2006 have been stripped from their rights to fish Bluefin Tuna.

It is in this framework that LIFE writes to Mr. Raul Delgado, Chair of ICCAT, welcoming the EU’s Draft Recommendation to ICCAT on establishing a Multi-annual Management Plan for Bluefin Tuna in the Eastern Atlantic and the Mediterranean and making recommendations to ensure that small-scale fishers are allocated the fair proportion of the annual increase of quota which they deserve.

The above-metioned letter has been sent to the following officials and decision-makers, plus widely disseminated to sector representatives, NGOs and stakeholders.