Looking for cod in the Baltic 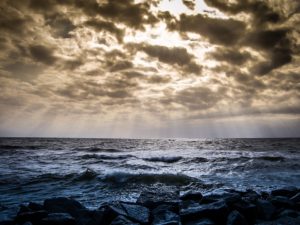 Whither Cod: where have all the codfish gone?

What are the future prospects for fisheries in the Baltic Sea following the collapse of this keystone stock?

The time to act is past. LIFE said this in March. We say it again.

We now live effectively in a post-cod era as far as the Eastern Baltic cod stock is concerned. The very survival of cod in the Baltic, the cornerstone for the livelihoods of thousands of fishers for centuries, is under threat.

In October last year LIFE spelled out the essential elements of an Action Plan which went unheeded (https://lifeplatform.eu/action-plan-for-eastern-baltic-cod/). In March this year LIFE called for establishing a biological rest period for the cod pre-spawning and peak spawning time, with a complete closure for all the fisheries targeting cod and pelagic species, the main food for cod, as well as all other fisheries known for significant cod by-catch risk, in subdivisions 25 and 26, between 1 May and 30 September (https://lifeplatform.eu/final-call-for-eastern-baltic-cod/). This also went unheeded.

The stark advice from ICES in May 2019 that there should be zero catch in 2020 of the Eastern Baltic cod stock was quickly followed by the imposition of emergency measures from the European Commission. These measures prohibit European fishing vessels “to fish for cod in ICES subdivisions 24, 25 and 26, and to retain on board, transfer, tranship, process on board or land cod and fisheries products from cod caught in that area” up to December 31 2019. LIFE fully supports these emergency measures.

The preamble to the emergency measures justifies them in grim fashion: “the biomass of eastern Baltic cod is at such a dangerously low level that the stock is no longer able to replenish itself and is hence threatened with collapse, secondly, any continued fishing on that stock increases the risk of its collapse, and, thirdly, the peak spawning season is ongoing.”

Meanwhile, for the Western Baltic cod stock, ICES recommended commercial catches in the range of 3 to 5 tonnes for 2020. With the exception of 2017, recruitment has been low since 1999, with 2018 and 2019 the lowest in the time series. The entire fishery depends on a single year class – 2016 – the estimated abundance of which ICES has significantly revised downwards – by 54%. This year class is the most important year class contributing to the catch and the revised estimate is largely responsible “for the 52% decrease in the 2020 catch”, says ICES.

So, what happened to all the cod that ICES reckoned were there last year, when they did their survey?

Wherever they went to, the future prospects for fisheries are not good, given that, according to ICES, the low growth, poor condition, and high natural mortality of cod are related to changes in the ecosystem. These include

In short, nothing short of an effective ecosystems approach, a fundamental pillar of the CFP, will help the cod. Closing the fishery is a drop in the ocean. In any case, the fish simply aren’t out there for anyone to catch in economic quantities or quality.

In light of this critical situation, Wolfgang Albrecht, a small scale fisherman who is also a founding Director of LIFE, Member of the BSAC /EXCOM , First Chairman Fischereischutzverband Schleswig-Holstein, provided this response on the reform of the CFP. This is one of the inputs informing a theme discussion on the future of the CFP at the ExCom of the Baltic Sea Advisory Council next Tuesday 3 September in Helsinki, at the HELCOM headquarters.

Albrecht calls for significant fleet reductions to be made, for fishing intensity to be reduced, and for the use of non-selective gears like trawling to be substantially reduced. In framing fisheries for the future a new regional policy for the Baltic based on inshore fisheries should be developed, with resource allocation prioritised for those operations that comply with criteria of an environmental, social and economic nature, that go beyond catch history.

He calls for a halt to any new finance for new builds from public sources, and a cessation of ongoing subsidies for three consecutive years.

He advocates the following measures:

Proposal for a reform of the CFP by Wolfgang Albrecht (German)

Proposal for a reform of the CFP by Wolfgang Albrecht (English)

Expulsion of Beam Trawlers from the Skagerrak (DK). Cetaceans-Fisheries Interactions in the Med