Hope from the North in Changing Times 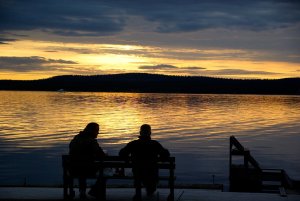 Hope from the North in Changing Times:

new forms of co-governance will keep us fishing

and maintain our cultures

In the global moment of uncertainty we need to both guarantee our fisheries’ sustainability and the continuation of our specific cultural traditions and ways of fishing. Narratives of doom and gloom need to be met, addressed and learned from, but central to the survival of European small-scale fisheries will be a discovery and implementation of a new, credible and sound narrative of co-governance.

We know of trawler fleets “emptying the oceans” and collapsing the stocks around the planet. The situation in the Northern European freshwater fisheries, such as in Sweden and in Finland, however is different. The lakes abound with potential catch, but it is the fishermen who are becoming endangered. As well the northern and Arctic climate change is a fundamental driver of a system change affecting these fragile northern waters – the world’s oldest net was discovered in Karelia, Finland, proving fisheries have been central to northern societies for millennia.

I lead Kesälahti fish base, which is home to the world-famous Puruvesi winter seiners (https://vimeo.com/174303297 ) – a lake fishery unlike many others. We have land-locked Atlantic salmon, Saimaa ringed seals (highly endangered) and a pristine lake where you can drink the water and see 15 metres down. We are proud members of the Low Impact Fishers of Europe (LIFE), because only by working together we can find solutions to the challenges of this century.

However, Puruvesi is in trouble.

Northern climate change is hitting  us hard. Secure ice, a central requirement for seining, often comes in early February, when it used to come in mid-November. It disappears early, even at the end of March, when the usual “date” was 1st May. It is much warmer and it is much windier. The small vendace die in spring due to the strong winds that do not quiet themselves for the night like they used to. 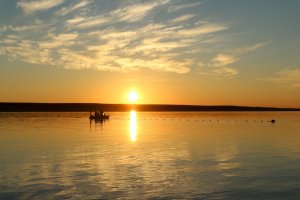 I am also a member of another organisation, the Snowchange Cooperative (www.snowchange.org ), a twenty-year old network of Northern cultural, artisanal and professional fishing communities, as well as other northern traditional economies, such as seal hunters, taiga hunters and reindeer herders. The reason why Snowchange was founded was to find new ways to survive climate change and keep our traditions and ways of life intact, in the process of changing  and adapting to it.

We have discovered over the two decades of work in Siberia, Alaska, Iceland, Greenland, Finland and elsewhere, that central to the change we need is the question of power and power relations. Power in deciding resource distribution, power in governance and natural resources uses. Therefore we have launched a number of initiatives across the region to demonstrate, in practice, that a change is possible, and also for the better – a change that both guarantees our fisheries’ sustainability and the continuation of our specific cultural traditions and ways of fishing.

In the sub-Arctic Näätämö basin, which is home to both Atlantic Salmon and the traditional Skolt Sámi Indigenous fishing culture (http://bulletin.ids.ac.uk/idsbo/article/view/2830/ONLINE%20ARTICLE http://www.takepart.com/feature/2015/11/30/arctic-people-fight-back-against-climate-change) , we have implemented collaborative management, or co-management in short, to position Sámi fishing knowledge to be of equal value as science when we tackle questions of climate change in the catchment area of this basin, over the past seven years. The Sámi have discovered new insect species arriving in the basin using their traditional knowledge, detected sites of lost spawning areas that we are discussing how to restore, and how to maintain endemic systems of governance of harvests – in times of abundance of salmon more can be taken, but in times of scarcity, self-imposed quotas are in place, to make sure the people and the fish survive.

In one of the middle boreal basins of the river Jukajoki, in my own village of Selkie (http://casestudies.ourplaceonearth.org/Finland/ ), we suffer from the negative impacts of past land use that affect our river. We professionally harvest fish there on the river with fish traps. Since 2010, when all fish died, we have initiated the largest-scale co-management and traditional knowledge –led ecological restoration in the region, with over 2 million euros spent so far on restoration and science. The fish are returning.

Central to the Jukajoki model is the idea that fishermen will continue to maintain their cultures, ways of living and work with other stakeholders to restore the Jukajoki river back to a trout and salmon habitat. It was chosen recently as the 8th best river project in the world and we in Snowchange won the prestigious “Emerging River Professional” global award.

Central to all of the above is that we do not deny change.

We embrace it as fishermen and emerge as the leaders of the things we need to do, together.

knowledge to the environmental change monitoring efforts of the seas, rivers, lakes and other waters. In many cases on the coasts as well as our lakes, the fishermen have been there for centuries, and they know their waters. Therefore they have, at lease in some communities and contexts, a customary entitlement to their fish and their waters, and a right to engage in their governance.

We therefore have implemented the first co-management and co-governance structures in Finland to demonstrate we can govern, with the state and others, as we travel and navigate this century together. We will survive. Our fishing cultures will survive. They might be different, but change has always been a central element of a life with the seas, lakes, and fish.

In Puruvesi we have moved ahead also in getting more value to our fish. The fishermen obtained a special recognition for their vendace fish and ways of fishing with the EU Geographical Indicator (Protected Designation of Origin – PDO) in December 2013. This PDO also recognizes the traditional seining and fish traps as the only sustainable ways of harvesting, i.e. in our case we continue to say no to the industrial trawling in Puruvesi, which will destroy the stocks and the culture if it happens here.

We have seen what greed causes.

We have also launched in 2014 the Festival of Northern Fishing Traditions, an event for the fishermen by the fishermen (and –women of course!). You can see the 2014 Festival in Finland here:

and the 2016 Festival in Siberia here:

We are discussing with LIFE to co-organize the 2018 Festival on the Baltic in Tornio, in September 2018!

While these examples from the North might at first seem to be “far away”, they are in fact applicable to almost all the areas where LIFE has members, with some adjustments. Central to these initiatives are the realisations that:

We will survive: The changes underway can be met, and addressed through a sustained strategy of keeping our traditions, knowledge and experiences front and centre while we assess the things we need to do differently to adapt to the species on the move, shifting marketplace and the new weather and the new waters. 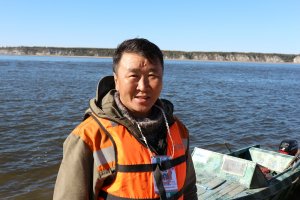 We will keep our cultures intact: Young people come to fishing when they see it is a viable way of life with decent incomes. If we wake up and realize that in fact fisheries in which LIFE members are engaged form cultures, with unique ways of life, we may have a chance. We may have to do new things, such as partnerships with researchers, tourism, cultural heritage organisations, environmental monitoring alongside the fishing, but so what? We have seen all this change before, and so be it – as the oceans change, let us change AND keep the best of our worlds. Saying goodbye to some things means we will have more room for new things in our lives!

We are a positive force to be reckoned with: Nobody can do this alone anymore. That is why we joined LIFE. That is why we got the PDO for the vendace. That is why we initiated co-governance. Only by working together can succeed. We will not get all of what we want, but we have a seat on the table and a voice we can use.

Ice will melt. The old fishermen will retire. It will be a warmer century. Some fish species will be lost. At times there will be too many seals or too few fish.

But we, as the stewards and knowledge holders of the European seas, lakes, rivers and coasts, we will survive, feed the people and renew our commitments to our fish and waters, as we have always done.