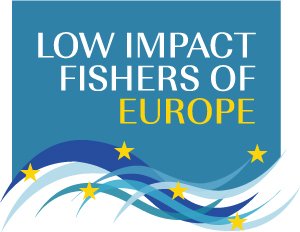 How the failure to properly recognise and regulate the EU’s fish producer organisations [POs] is failing the Common Fisheries Policy and smaller-scale fishermen and what should be done to resolve it.

There is increasing interest amongst the small scale coastal fishers (SSCF) of Europe [80% by number of the overall EU fleet] in the possible benefits to them of creating small scale fisher specific producer organisations.

This would be good news for all parties interested in achieving the CFP’s objectives as the regulations acknowledge that POs are “the key” to achieving those objectives” and Europe’s small scale coastal fishers represent a large majority of all Europe’s fishers.

LIFE commissioned this report to determine whether the regulations and structure that Europe’s SSCF would be signing up to are fit for purpose, open, fair and equitable.

The report makes clear the need for the Commission and the Member States to take action to ensure that the conditions for recognition of producer organisations and inter-branch organisations laid down in Articles 14 and 16 of the Common Organisation of the Markets Regulation respectively are complied with.

Their continued failure to do so is a direct threat to the key objectives of the Common Fisheries Policy and the Common Organisation of the Markets.

We urge the Commission to carry out an urgent review of its Member States’ POs’ compliance and to consider our recommendations, which are intended to constructively propose ways to address the current regulatory system’s failure.

Note for Editors: The Low Impact Fishers of Europe platform [LIFE] is an organisation of organisations of small scale commercial fishermen across Europe, run by fishermen, for fishermen. Its mission is to achieve conditions in which fishing is performed in a sustainable manner and small scale low impact fishermen and women in Europe can maximise their social and economic viability.