Bluefin tuna in the dock 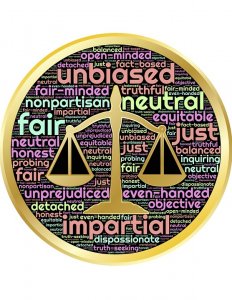 In line with ICCAT, Europe is celebrating the successful application of Bluefin tuna recovery measures in its waters and the rebuilding of stocks by increasing quotas allocated to the industrial and sports fishing sectors. Once again Europe’s small-scale fishers have been over looked and their interests discriminated against.

To draw attention to this omission, and to open up a dialogue with the authorities, the Union of Small-scale fishers from Occitanie (former SPMLR) took the initiative to mount a legal challenge to the French Ministerial decree through which tuna quota is allocated. In this endeavour, they are joined by 4 other associations, representing small scale fishing interests from the French Mediterranean and Atlantic coasts, and at European level.  Between them, these associations represent over 1,500 French small-scale fishers, and around 7,000 fishers from 12 European Member States. These organisations include:

The diversity and strength in numbers represented by these bodies highlights both the frustrations and the high hopes of the professional fishers concerned, on both the Atlantic and Mediterranean seaboards of France. The engagement of LIFE in the campaign underscores the importance of the European dimension, where despite a significant overhaul of the regulations in the 2014 Common Fisheries Policy (CFP) reform, Member States are still able to go about their business as usual, ignoring the interests of the small-scale fleet segment.

In a general sense, the grievances that have led to the action are the same as those voiced by small scale fishers for years. They demand that the way fishing quotas are shared out must change to ensure a fairer allocation and a wider spread of benefits amongst small scale fishers who have been excluded up to now. In particular that the provisions of Article 17 of the CFP be fully applied, and not merely using catch history as the main method for quota allocation.

Article 17 obliges Member States to use transparent and objective criteria including those of an environmental, social and economic nature when allocating fishing opportunities, and encourages them to provide incentives to fishing vessels deploying selective fishing gear or using fishing techniques with reduced environmental impact.

This demand is not restricted to France, nor to Bluefin tuna. Across Europe, traditionally polyvalent, seasonally diverse small-scale fishery activities are increasingly being forced to adopt more homogeneous fishing methods, and to fall back on non-quota species, being deprived as they are of access to quota species.

The legal challenge addresses the following shortcomings of the tuna quota allocation system in France:

This action does not signify a split amongst the professionals, with “small” pitted against the “large”. The problem of sharing out the quotas is a recurring one with a long history. The purpose of this action is rather to break the deadlock; it should not interfere with negotiations between professionals in the sector. That is not the intention of those bringing the action. On the contrary, questioning the law should provide a lever, to make those in the profession take heed, and to make the authorities aware of the disproportionality and inequality of the current situation.

Last November, Commissioner Vella informed LIFE that “it is for the Member States to decide on how BFT fishing opportunities are allocated” within the limits set. He assured LIFE that the Commission would continue to address this allocation issue regularly with Member States to ensure that the provisions are correctly applied (https://lifeplatform.eu/correspondence-vella-tuna-quota/). LIFE welcomes the Commissioner’s response, and hopes that this new action will highlight where Member States are falling short in putting their commitments into practice, and open the way for the Commission to oversee the correct application of the CFP provisions.

Finally, both ICCAT and the scientific community agree unanimously on the improving health status of Bluefin tuna stocks, which are well on the road to a full recovery. This is confirmed by the regular sightings made by small scale fishers, who watch tuna swimming past without being allowed to catch them. Rarity is no longer an acceptable excuse for denying access to small scale fishers.

Discriminating against the interests of the small-scale fleet segment, whose potential catch rates are relatively low, and whose hook and line techniques are highly selective and discard free through such a differentiated treatment is not acceptable.

It is in the interests of all professional fishers and the sustainability of their professions that a fair re-balancing of quota allocation is made.